It’s the End of the Summer as we know it

… and I feel … odd. I think it started about a month ago at this point, on my way to work in the mornings. At first, it was having to put the visor down every morning as the sun would be beaming right in the windshield. Then, within a span of only a week or so, I noticed that it was still dark when I got up in the morning, to get ready to head off to work, and I needed the visor less and less. Now, only a couple of weeks later, it seems like the dead of night when I’m heading down the road and pulling into the parking lot. It just struck me so much that during one week, I began to take note each day of where the sun, or the light by that time was each morning and could discern the difference between the start and the end of the week. I don’t know if it’s ironic, but it’s a strange thing that the start of the summer, with the longest day of the year, also marks the beginning of the end, as the days only get shorter from there on out.

I don’t find it depressing but more disconcerting. We made our final trip to Hershey for the summer the last Wednesday of August, and despite the enjoyable experience it was (despite the three trips on Skyrush the first thing in the morning) with the mid-late summer crowds having already come and gone, there was that air of finality hanging over the trip. Sure there might be those one or two chances to head back for the seasonal events in the Fall and Winter, but it’s just not the same as all those trips made during the summer months. It seems like we were anxiously anticipating the end of the school year so we can make those treks not too long ago, and now here we are, already finishing the opening week of the new school year. How much longer before we see those first few snowflakes of the season? Sometimes how I wish for a TARDIS to be able to, if not stop time for a while, at least remain in a certain point of it for much longer than reality lets it last. 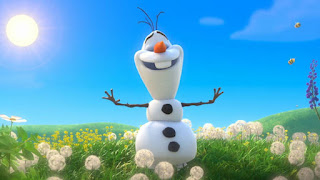 Which reminds me … I really need to get back to work on my Doctor Who spin-off stories. I have a couple chapters written already, but can never feel satisfied enough with what I already have to go back and write some more.

Anyway, while contemplating this, I realized that we’re not too far from the anniversary of the World Trade Center attacks, and was taken aback that we’re already at the 14th anniversary. It doesn’t seem like four years have gone by since the 10th anniversary was honored. Again, it never ceases to amaze me how fast time seems to be moving now more than ever. Thinking about that got me to wondering what other anniversaries have come and gone, and I realized that it seems the 35th anniversary of Mt. Saint Helens’ eruption was completely passed by. Maybe it was I was too busy that day to notice mention on the news reports – if I even watched any. What I really find odd, though, it that it is one of those few major events that have occurred in my life that I can’t remember where I was or what I was doing when I heard about it. I still remember watching the docu-drama about the eruption, but that’s pretty much it. I remember where I was when I heard about the Challenger and the Columbia, and of course on that day back in 2001, but nothing for St. Helens. Perhaps it’s because that event was less impactful for me at my age back then than the others were.

The finality of time rolling on is a strange thing. This past week seemed even stranger still as summer (despite having another couple of “official” weeks) gave us one more taste of the heat that marks that one special season of the year where three months are set apart from the other nine. It’s always been special to me – all those summers of the great battles: G.I. Joe vs. COBRA and the Autobots vs. the Decepticons out in the backyard, and those great intergalactic battles with every conceivable group of action figures in the possession of my brother and myself. If there was one good thing about being unemployed a couple years ago it was for the fact that for the first time in a long time I had a summer that I could thoroughly enjoy and at least replay those days of glory in my mind, even if I couldn’t relive them like I used to oh so long ago. The one thing I miss the most, though, are those cross-country trips we used to take as a family. I hope that we can at least have one year where we can give our kids a taste of what that was like. Until then, all there is to do is wait for the next nine months to go by and start looking for the next time the weather forecast mentions the term “heat wave.”
Posted by BJWyler at 10:34 PM No comments: