How would you define normal? Without looking at a dictionary, could you define normal without using an example from the world around us? I’m not sure I could. At best I suppose I could go with “something usual or expected” or “not out of the ordinary.” But even then, what is normal? Can we even apply that to everyday life? I know we do without even thinking about it, probably dozens of times a day, but can we really have anything on this world that is “normal?”

It is normal for the area where we live to be cold and maybe even get snow in the Winter season. That would be unnormal in Australia, however. In the summer, we would expect hot weather and no snow. Yet, the last time I went to Pike’s Peak (during a summer vacation) there were patches of snow and ice on the ground. One would think that having snow on one day in March or April, and two days later having 60 degree Fahrenheit temperatures to be a bit unusual, but it such variances in temperature aren’t really all that unnormal in the Spring and Fall.

As humans we have an instinctive need to categorize things and to give order to what tends to be a chaotic existence, including ourselves. As I said in one of my recent previous entries, we have an instinctive mistrust of anything that is different from what we consider ourselves to be. Anything like us is “normal.” Anything not like us is unnormal. And as such, when we find ourselves more unnormal than not, we seem to have an incessant need to try to be normal, no matter how different from “normal” we are. It seems we even get to the point where we try to change the definition of normal.

In Science, we have developed, or discovered if you prefer, certain rules that govern how the universe and everything in it works and is supposed to behave. However, we have also discovered instances where these rules simply do not apply, and we still have yet to be able to explain why. These parts of existence are unnormal and our current level of understanding does not allow for us to have any explanation for it. It is simply beyond our current level of comprehension as a human race. Does that mean we just give up on trying to find the solution to that problem? Certainly not. Scientists are currently striving every day to come up with answers to those unanswerable questions.

Why then, if we can continue to strive for answers and solutions in the greater Cosmos, can we not do the same for ourselves as people? Like the Universe, us mammals have certain rules that govern our existence. We have biological rules that allow us, and all other mammals to live our lives and to continue to exist as a species. Without being able to adhere to these rules, we simply would not be able to exist. The two biggest rules of mammals are that we are warm-blooded and we reproduce sexually. In the case of the latter, it requires a male and female to mate in order to produce offspring and continue to perpetuate the species. Without the ability to reproduce in this fashion, the species would cease to exist. There simply is no other way for a mammal to reproduce except via intercourse between a male and female member of the species. That is something we would categorize as normal. Therefore anything that does not conform to that rule, by definition, would be unnormal.

As humans, we have evolved to be the most complex mammal on this planet. Therefore, we are able to understand concepts such as normal and unnormal as they apply to the basic rules of science and biology as we understand them. Yet, it seems in this new era of Political Correctness, we are hell bent on making something unnormal into something that is supposed to be natural and normal, even when it goes against how we understand science and biology to work. We absolutely insist upon it, and if anyone dare question it, they are ostracized. 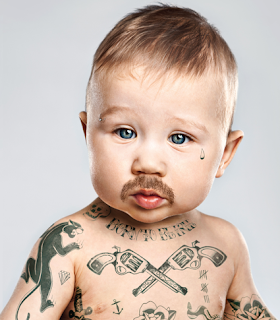 I am a human male who is attracted to human females. I’m normal in that sense, however, I know I am unnormal in other senses. My wife is a human female that is attracted to human males. She has some unnormal things about her as well. Both my female children are normal in some ways and absolutely unnormal in other ways, to the point where we have needed, and may continue to need specialized assistance to understand what is unnormal about them and treat it, if possible, to make them more “normal.”

When children are born as conjoined twins, we consider that unnormal, and if at all possible, perform operations to separate those children to give them more “normal” lives. When children are born with Down Syndrome, we consider that unnormal and understand that they need to be treated and taught differently to be able to live and exist in the world. We used to call things like this birth defects. I don’t really know what the current PC terminology is, and I don’t really care. We have people in this world who suffer from all manner of physical and psychological issues. They are not “normal” as we would think of an ordinary, average human. That’s why for centuries, Medial Science has worked to find cures and solutions to many of these problems, so that these unnormal people can live more normal lives. For some things, like addictive personalities (alcoholism, drug abuse, sexual addiction, gambling addiction, etc.) we haven’t found a cure, but have found methods of treatment that can control such unnormal behavior. We haven’t given up on helping people with these issues. Why then have we seemed to not only have given up on people who suffer from some form of Gender Identity issues, but we have now in fact tried to make such afflictions part of the definition of “normal” when the very rules of biology say otherwise?

If someone is Homosexual or Transgender they are not normal by the very rules that govern mammal biology. To say any different is complete bullshit. That’s like saying the child with Down Syndrome has no issues whatsoever, so let’s treat them like everyone else. That’s like saying the alcoholic really doesn’t have a psychological issue that affects his or her behavior, so let’s just buy them another drink! Just imagine what would happen if we take every paranoid schizophrenic in the world and tell them, “Ah, you’re fine, nothing wrong with you. Yeah, sure that painting on the wall talks to everyone” and send them on their merry way. Does anyone with a single ounce of logical thought think that’s in any way how we should treat a mental disorder? Yet, here we are as a society, treating a large segment of the human race as if there was nothing wrong with them at all. So what that two males or two females can never possibly procreate and perpetuate the species. It’s all good, extinction of a species is, after all, normal, right? It is just mind-boggling to me that as a society we have gone into complete denial of the serious psychological issues that a good portion of the human race suffers from.

If I were to walk into a doctor’s office tomorrow, and tell them that “I just don’t feel right in my body. There is just something wrong deep down inside me – cut off my arms and legs so I can feel normal,” they would think I was completely insane and immediately begin the process of trying to find out what was wrong with me, and ensuring I would not be able to harm myself. However, that’s not how we treat transgendered people. You can collect every meme for “Mind-blowing” that exists on the Internet right now and it still couldn’t match my complete bafflement of what we have done as a society up to this point. We might as well be back in the Dark Ages, when bloodletting was the cure du jour.

As a society we have tried to normalize a great deal. By doing so, it allows us to ignore any real issues that lie at the core and deal with them. As a human race, we have become proficient at sweeping things under the rug because the truths are inconvenient to our everyday existence. The truth of the matter is that the more we try to normalize the unnormal, the more we do a disservice to everyone in our society. Just scratch the surface and it’s easy to see that there is nothing normal about any single one of us as individuals. We all have our various quirks and idiosyncrasies. For the most part, they don’t interfere with us being able to live “normal” happy lives. But unfortunately, that is not the case for everyone. In those instances, it is our duty as a society to cure what ails our fellow members of the human race. Failure to do so is a failure of society, and can only eventually lead to our own demise as a civilized society. The solutions are not simple and will not come easily. But just because we haven’t found a cure for alcoholism or drug dependency doesn’t mean we shouldn’t stop trying to find one with all our power. Just because we build ramps for people who are permanently disabled and require the use of a wheel chair doesn’t mean we need, or should, stop trying to find a cure for their disability. Nor does it mean we need to stop acknowledging that they are in fact disabled. In all reality, without that acknowledgment, we really wouldn’t have any reason to find a cure. I would find that very troubling.

For the LBGT+ community, that means facing up to the fact that they are not normal in a psychological sense. That also means society has to understand and accept the fact that they are different, as each and every one of us are in our own ways, and continue to find actual treatments and cures for this disorder as we do for any other mental disorder. So it is our duty as a society to, instead of ignoring the disorder by attempting to normalize it, accept it for what it is and ensure that those in the LBGT+ community can have access to the metaphorical ramps in life so they can live “normal” happy lives like the rest of us unnormal folk, until those true treatments come within our reach.