This seems to be an ongoing theme here throughout the years I have been writing this blog, but man how the time does fly! Take a month off for the holidays, and suddenly, it’s almost three months later before I sit down to finally get something written down. I haven’t been totally quiet though. Obviously still doing my gaming streams and videos, but rotating back to engaging in some interesting conversations elsewhere around the Internet, which brings us to this point. My original plan for this entry being pushed off for later because of one of those interesting conversations. But first ….

It’s interesting how things can come full circle, I suppose. In my last blog entry, I made mention of how I don’t blindly believe people who claim (rightly or otherwise) to be victims in situations where I have no knowledge of the events that transpired. I prefer to wait for the facts to be uncovered or otherwise present themselves. And now here we have one of the very situations where this comes to pass with the recent episode involving Empire actor Jussie Smollett. Many people, including other actors and politicians were quick to jump on the Social Media bandwagon and induce rage about hate crimes and modern day lynchings. It’s funny however, now that the truth is beginning to come out how these very same people doing this within hours of the incident being made public are now refusing to comment until “all the facts are known.” Hypocrisy at its finest! Thank God the chief of the Chicago Police Department isn’t afraid to call bullshit when he sees it. Props to that man, and the entire CPD for coming out in this climate where doing so is only inviting being ostracized and dragged through the mud slinging media. I shudder to think of the absolute disaster this incident could have caused if Smollett has staged this incident with white men as the attackers.

That being said, this does bring us to the point of today’s piece, which may not entirely be unrelated to genuine hate crimes.  During my internet travels over the last couple of months, I was perusing one of my favorite gaming news sites and came across an article from one of the writers that really fired up the gaming community, me included. Essentially what was said in the piece was that we, as in people who enjoy playing games, cannot identify as Gamers because “Gamer” is not a real identity. Meaning I can identify as a White American Male, but I cannot also qualify that with Gamer. Needless to say there was a lot of back on forth from the community in the comments section on this issue, partially stemming from the fact that the writer made a very poor attempt at defending his argument in the piece itself. At the end of the day, most of the community came to the consensus that the writer was full of shit, and that Gamer is indeed a valid identity one can use to describe oneself. However, during the debate process there was a distinct overtone that sure we can identify as Gamers, but that identity is not as important as a racial or sexual identity. Part of the reasoning for that argument was that there are certain things about who you are that are unchangeable and as such are meaningful identities.

While I agree with that on some level, I had an issue with the way some of the arguments were being made.  Now some of the issues arose from the fact that Gamers are not a marginalized group like the LBGT and African American communities are, and that’s perfectly true. But along with that, many people were trying to invalidate what we as Gamers have personally experienced in our lives. And I would go even further to other groups – like the Native American, and the Chinese American. These are two other groups that have been as marginalized, if not more in some cases than the “Big Two”, yet there is hardly mention of any of that. Yeah, slavery was very bad, but what happened to the Native American in this country, much of which was instituted by the American government was at the very least just as bad. Yet, because the Native American community doesn’t bitch and moan like the others, all that is easily pushed aside and forgotten. 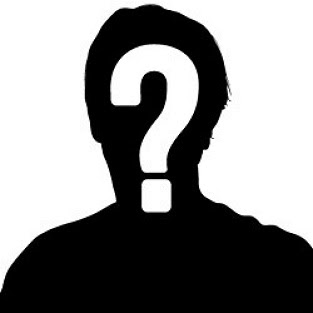 I’m just wondering at what point does a crime become a hate crime? The Smollett incident showcases this perfectly. Here’s a guy that is allegedly attacked for what he is – black and gay. We have laws on the books that now make this type of targeted attack a hate crime, and thus the resulting punishment is worse than your normal everyday mugging in a back alley. He was attacked because of who he was; because of his identity. Five years ago, a tech blogger was attacked in a bar in San Francisco while she was wearing a Google Glass (yup that failure of a consumer device, but that’s beside the point). She characterized the attack as a hate crime, which many questioned at the time. Why wouldn’t it be though? It is highly doubtful that she would have been assaulted had she not been wearing the device. Some expressed a concern about the recording features of the device, but what if it was her cell phone? Everyone has a cell out nowadays and doesn’t think twice about the possibility of being recorded. It’s doubtful that the assault would have transpired if she had anything else but the Google Glass.

I myself was the victim of no less than three assaults during my grade school years. I was one of the shy, nerdy kids and because of this was one of the easy targets by the more popular and athletic crowd. One time I was entering the bathroom and, as I opened the door, was grabbed and thrown to the floor by another classmate. In another incident, on the last day of the school year, just as we were leaving school to get on the bus to go home, I was punched squarely in the stomach by another classmate and left reeling for several minutes as others walked by, unconcerned. I was hit so hard, I couldn’t even breathe properly due to the pain and had in fact lost hold of my report card which was in my hand at the time. It took me another few minutes, after I had finally recovered enough to stand and look for it that I finally found it several feet from where I had been assaulted. A third incident involved a group of classmates essentially beating and kicking me one day for what seemed like several minutes until a teacher was able to intervene. Each one of these attacks was prompted solely by who I was. A white, shy, nerdy kid. Does that qualify as a hate crime? Other people had similar stories of themselves or friends being attacked simply because of their Gaming proliferation. Just a few months ago, down in Florida, there was a mass shooting that targeted a Gaming convention and resulted in the deaths of at least two Gamers.

Again, Gamers are by no means a marginalized group, but does that mean attacks against us are any less hateful than those against minority groups? Some argued that since we can choose not to play games, that we can’t use Gamer as an identity as opposed to those unchangeable identifiers like our race, gender, and sexual orientation. But if that’s the case, if I have to identify as a White, Hetero, Male because that’s how I was born and that cannot be changed, doesn’t that mean transgendered people can no longer identify with the gender they prefer to be and can only identify as the gender of which they were born? The fact of the matter is that, as far as I know, our race is the only thing we can’t change about ourselves right now, and even that may be likely to change far in the future with scientific advances. If I were to get a sex change and become a woman, what would my identity be? I am a male and feel quite comfortable being one. I am attracted to women and enjoy the company of my female wife. If I were to surgically become a woman regardless of that, what would my identity be then? I would still be attracted to women, so at that point I guess I would then become a Lesbian, would I not?

In truth, I could stop playing games. I could stop streaming and making videos related to my passion as a Gamer. But truth be told, my identity as a Gamer is so ingrained within me as a person that it would be no different than me getting that sex change and becoming the world’s ugliest Lesbian. I could change my gender, but it wouldn’t change who am I deep inside any more than not playing games would stop making me a Gamer. Some people say “It’s just my job, it’s not who I am” by way of saying that their professional choice in life doesn’t necessarily define them as a person. I agree with that to some extent in that my current job is certainly not one that, given a choice, I would choose to do. But in the end I think that everything we do does make up some part of our identity, and no one part of it is any less important than any other part with how we ultimately identify ourselves. And no one’s identity is any more or less important than any other identity on the face of this planet, regardless of race, gender, sexual orientation, or passion.
Posted by BJWyler at 10:31 PM No comments: