We have arrived at the end of another year. Time marching on seems to be the only constant in our existence. It has done so since long before any human science can trace back, and will continue to do so for millennia after we are long since returned to the Cosmic Dust.

This final entry for this blog in the year we dub 2019 has been in formulation for several months now. But it always seems that Time is the one commodity we possess so little of. Here I sit, though, slicing up the bits of Time I have and willing myself to put a denouement to a series of entries I began more than a year ago. Certainly to be controversial one of the foremost in my mind, but also to (hopefully) make people stop and actually think (a commodity that is even more lacking than Time) about where we are heading as a society. I will leave it up to each person who takes their bits of Time to read to decide whether that has been successful or not. For me, at this point, it feels like it matters as much as shouting at a brick wall does. At least it has been a cathartic process. A process that makes me appreciate each day I have a little bit more.

This is a topic that I spent very little time thinking about until the controversy started up over the late summer when politicians began working to chip away and overturn the infamous Roe v. Wade decision of 1973, which legalized abortion. I was barely a toddler at the time, so pretty much grew up with this fact of life a natural part of our existence in America. As I got older, and being a male, it was a thing that really didn’t have much bearing on my life. Any thoughts of it were pretty much, “Yeah, less government control of our lives.” Something I have always stood behind, but in my now (hopefully) wiser years, something I realize isn’t simply a black and white issue. In fact, the more I have looked at modern society, the more I realize that we all do actually need at least a modicum of government control in and over our lives. It’s really the only way that a civilized society can exist.

But the events of this summer in particular made me really stop and think about the ramifications of what that decades old decision really means. I am not a very religious person, and certainly don’t believe in any God as described (prescribed?) by any religion, past or present, a topic I covered in one of my previous entries. So I don’t look on this subject with any preconceived notions based on any religious influence. It’s simply based on the science that life exists in all different forms, and that even a basic cell is alive in one form or another. That has lead me conclude that Roe v. Wade should indeed be overturned simply because it has legalized murder, and not only that, but legalized it for entirely selfish purposes. 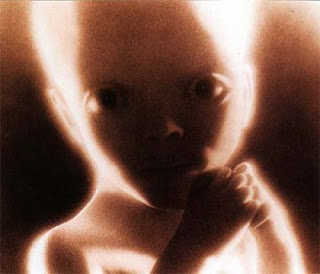 From the moment of conception a new life begins. It may only be a group of primeval cells, but it lives nonetheless. Heck, we even have laws on the books that the death of an unborn child is considered murder when it occurs during the commission of a crime – the Unborn Victims of Violence Act. People have been convicted of such murders. Yet, here we stand saying that Abortion is not murder. It is simply incredulous to me. Supporters of Roe v. Wade offer up the theory of Choice, and a woman’s right to choose her own outcomes for her own body. Again, something I can stand behind on principle, but at this point not when it becomes a choice to do murder.

If you want to talk about choice, the choice was already made. There’s a choice to keep your pants on and your legs closed. There’s a choice to use any number of contraceptives to prevent pregnancy. The choice was made to engage in a distinct act for which the primary purpose is procreation and perpetuation of the species. To legalize murder as a choice when one made a poor choice in a previous instance is simply mind-boggling to me. And of course it just highlights the roots of what is wrong with our society.

Abortion is nothing but a selfish act of murder, not any different than someone committing murder for financial gain, or religious zealotry, or just outright hatred of someone else. Unless the life of the mother is in imminent danger from the results of the pregnancy, any excuse used to have an abortion is simply a selfish and self-centered act. The fact that we have let this travesty continue on for over four decades is equally heinous. It speaks volumes about how far from a civilized society we truly are. It is pure hypocrisy to damn those who murder for any of the reasons I just listed, along with the myriad of others that we bear witness to day in and day out when we still have no issue with people killing their unborn children. A mother will be tried and convicted for leaving a baby out in the cold to die of exposure, but that same mother can walk into a clinic before that baby is born and kill it without anyone batting an eye. If that is not a picture perfect definition of insanity, I don’t know what is.

That being said, however, I do believe there should be cases where abortion is unfortunately necessary. The biggest is the one I just mentioned – the health and life of the mother. If circumstances dictate that it becomes a choice between the life of the mother and the life of the unborn child. Then I do feel that we need to have the choice available that saves the life of the mother at the cost of the unborn child. It by no means is an ideal choice or situation, and one that I hope to never have to make (and I don’t believe it’s one that I would be capable of making), but it is one that should be available. I also believe that abortion should be an option in the cases of rape and incest, though to a much lesser degree, as I believe many people alive today who were brought about by such circumstances may very well have a differing opinion. But again, having choice as one of the necessities, in these cases, the choice was certainly not within the woman’s ability to make. To not be forced into continuing to relive the trauma of such acts through a pregnancy and birth I think is just as important as the physical life of the mother.

But outside of these outliers, I can see and accept no other valid reason to continue to have the murder of unborn children a legalized part of our society. We should be, and we need to be better than this. There has been so much talk about how Black Lives Matter, or Blue Lives Matter, or All Lives Matter. When the hell are we going to start talking about how Unborn Lives Matter just as much?
Posted by BJWyler at 5:42 PM No comments: