A Touch of Chocolate


And so the tradition continues. Abby received her first introduction to Hersheypark last week and, as evidenced by one of the videos uploaded to YouTube, it seems she enjoyed the experience. There’s just something about those ongoing family traditions that you can continue to pass down through the generations. This is one I am glad to be able to carry on now. Family vacations have always been a source of joy and fun – from those long ago annual summers at the old Jellystone Campground (where my brother and I buried our Star Wars figures in the sandy shore of the lake, never to be found again) to the semi-regular trips to visit relatives spread throughout country, to those days spent in Hershey, PA riding rides and eating chocolate.

It’s been a good 30 years of time that we spent going to Hershey, with a hiatus here and there as changes in life changed some of the priorities of our leisure time activities. A lot has changed there, including the removal of what I think of as Hershey’s signature ride – the Giant Wheel, which was a Ferris wheel of sorts. That’s been gone since 2003, apparently because of maintenance costs. Some things that have changed I can’t even remember as the originals any more, others I have the bearest glimmer of memory – like the skyride that took you from near the entrance down towards where the Super Dooper Looper stands today. Chocolate World underwent the biggest cosmetic change over the winter months of 2013-2014, though the Chocolate Tour ride itself remained relatively untouched, and has become more akin to Disney’s “It’s a Small World” ride to me now. If there was ever anything that needed a major overhaul it would be the Chocolate Tour ride.

Of course there are those not so good memories too, like our first (and last – at least for a long while) experience with a roller coaster, thanks to the Comet. Although the Trailblazer can technically be called a roller coaster, so I guess they weren’t all bad. It did turn out to be good in the end, I suppose, thanks to Erin’s fearlessness. She’s a roller coaster junkie and managed to get both myself and Shannon onto coasters we would never dream of riding before she was born. I guess age mellows you a bit, because they’re not all that bad – at least some of them. Skyrush is still off limits for a great long while.

At any rate, we can now live vicariously through the children for the next decade or two at least. It was where Erin had her first taste of Ice Cream on our first trip back since before she was born. It was Abby’s first time getting to experience rides in an amusement park – she’s a true miniature by the way – at 7 months old (Erin has finally reached Jolly Rancher status – just as barely has she had Hershey Bar only two years ago). It’s too bad that she won’t remember it, but at least we have the videos and pictures to embarrass her with in the years to come as she gets older. It was a good day, but one that ended all too quickly. Another day that seems to go by in the blink of an eye, leaving us longing for the next time we can spare a day to get back that won’t come as quickly as we would like. 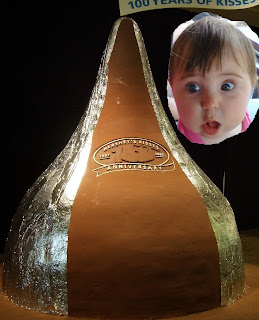 Another thing that amazed me on this trip was that we have a cute baby. Not that we didn’t think she was cute beforehand – is there any parent that actually doesn’t think their baby is cute, even the ugly ones? What the amazing thing was how many people actually mentioned it to us as they walked by. It’s not my personality to tell complete strangers how cute their kids are, so it just kept striking me as unusual each time it happened throughout the day. Then she became a big hit with a young couple who was waiting in line behind us at the ice cream counter at Chocolate World at the end of the night. So it seems she’s going to be cute and a charmer. Great. Just what I need at my age.
Posted by BJWyler at 10:37 PM No comments:


May has finally arrived. Hopefully more Spring/Summer like weather will be coming along with it. At least I think we can finally put the thought of snow behind us until much later this year. But of course that will be here before we all realize it the Summer has come and gone already. A long time ago, I read somewhere that time itself was speeding up and that’s why it seems more and more we have less time to do things and each day, week, month, season, and year just seem to keep coming and going and blending into one another faster and faster. I don’t think I really buy into that notion. It seemed that Summers and Holiday Vacations went too fast already back when I was a kid.

No, I don’t think it’s as much as time speeding up as it is all the things we try to cram into that time nowadays. Instead of making our live easier, technology it seems has made our live much busier than they necessarily need to be. I think that’s one of the reasons I look forward to the Summer so much now, even though those wonderful two and half months of being off from school are far behind me. It’s those little family trips and the annual vacation that take us away from all the grind and I can just enjoy spending the day doing something fun without having to worry about anything else. Which brings to mind a stupid-ass Cadillac commercial that was running last year, inferring that Europeans aren’t hard working because they take a whole month off. Just goes to show how much corporate America (and thusly the American government) are so out of touch the backbone of this country – the working class and impoverished. Sorry Caddy, but we work our butts off everyday just to keep a roof over our heads and we only take a week off because that's all we get ... if we're lucky.

But I’m getting sidetracked here. What got me to thinking today was the culmination of some anniversaries that rolled around this week. First the sad one – it’s been almost a month since Willy has been gone, and of course I still miss him. It’s hard to have an animal in your life for so long and not to miss having them around when they are gone. It’s still tough for me to go up and feed Flash and Hershey and not see him waiting in his usual spot. He was a real good cat. 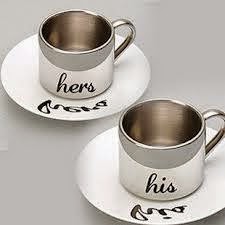 The second one is a much happier one and a decade in the making. I started this blog with a post wondering where the “missing” decade of the 20-aughts went, but at least I can say that this particular decade of 2005-2015 has been a whirlwind of good things. It’s kind of ironic though, considering I never thought I would be where I am today, which brings to mind the current State Farm commercial about the guy who is “never” going to do something, until he does in the next scene. That was pretty much me for my early life, back in the days where I was sure I wouldn’t live to see 40, and even now up to today as we finish celebrating Abby’s 7 month birthday.

I think I can finally say that I am finally satisfied with where my life is today, and where it may be going in the future. There’s a calm and peacefulness that I haven’t felt for a long time. Now if we can only get that month off to really enjoy it. At least we’ll still have Hersheypark this summer to slow down and take a breath while looking forward to the next decade, one which sure has heck not have a Cadillac in it.

In the mean time, here’s a link to a video for a segment Bill Maher did on the commercial. I found it quite amusing, and true: https://www.youtube.com/watch?v=EjqIgeFR6Ds
Posted by BJWyler at 9:16 AM No comments: