What a Long Strange Trip


Well, it’s been two days and the world hasn’t melted like it did in Escape from the Planet of the Apes. So there may be some hope yet. But hey, at least we can look forward to Miley Cyrus and a few other of our wonderful celebs packing her bags and heading for Canada. At least it’s over with and we no longer have to be bombarded with political ads and mailings every 30 seconds or so, at least not until the mid-term elections come around. But at least we had quite the pay off in terms of a nail-biter on Tuesday.

I think this may have been the most intense and interesting election that I have watched in a long time, especially since I didn’t have an interest in either of the candidates. I ended up pulling an all-nighter awaiting the next turn of events throughout the night, and completely fascinated by the fact that, as the night went on, it became clear that not only did Trump get a lot more support than many had anticipated, but that he could actually pull out a win. I never would have thought it possible, but there it was and here he is, our President-elect Donald J. Trump. I must say I did take some bit of glee in the looks on the faces of most of the commentators, especially the MSNBC liberal troop after it was certain that there would be no glass ceilings shattered in 2016. I think that may have had some influence in how the results of this election turned out.

As I mentioned in previous blogs on this subject, I went into the voting booth with the firm intention of voting for the person I thought could carry out the position of President of the United States the best – Bernie Sanders. Now a lot of people will say that I wasted my vote, and that irks me more than anything else. The ability to elect our leaders is one of the greatest opportunities our form of democracy and freedom provides for us – I find it much more onerous that people continually fail to exercise that right – even if to hit that “Abstain” button that each voting booth contains. That sends more of a message than just sitting it out. But the point is that we are electing someone to essentially become the leader of the Free World. Just like any job, I feel it is my duty to make sure I choose the person I think is the most qualified for that job. Neither Hillary Clinton, nor Donald Trump met those qualifications in my mind. Choosing the “lesser of two evils” is just completely asinine. To me, neither were lesser nor greater evils. Neither one was fit to lead this country, let alone the world, so neither was going to get my vote. The true wasted vote is the one cast for either of these candidates. 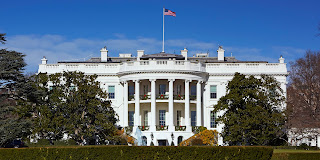 At the end of the day, the elections that our Constitution calls for are to allow us to move our country and society forward; to grow and progress to a more positive future. The problem is that the positions that our government created were supposed to be performed in the service to that end and to be a public service. However, those positions have become a type of career that they were never meant to be. As such, our government has stagnated for the better part of a century or more. One of the primary objectives of the career politician that our system has allowed to arise is to ensure that the system is molded to be of the most benefit to those who are elected into those positions. It is no longer about progressing our society, but about advancing political ideologies and agendas. Because of this any vote cast for a candidate who is a member of a political party is the true wasted vote as it allows the stagnation to continue. Of course we don’t always have that much of a choice when since, as is no surprise, most viable candidates have to be a member of one of the current political parties. However, we have seen a trend that tries to break out of this mold, which started with the Tea Party, and continues with candidates like Bernie Sanders and Donald Trump that aren’t afraid to act of their own accord and not tote the usual party line. There will not be an ideal candidate for a long time to come until we can get more of the “revolutionaries” and individual thinkers into the lower offices and work on changing the system, but when someone does come along that has the potential to get genuine change done, then we need to support that candidate to the fullest.
Therefore, I voted for the person I thought could fulfill those objectives, even though he was not on the ballot. I would do so again, even if my one solitary vote could have been the difference in who ultimately won on Tuesday … err, Wednesday morning. Ultimately, it’s quite easy to understand why someone, including myself, could not in good conscious support Trump, even though he is one of those outsiders that I want to see running for political office. There were several reasons that reinforced why I would never vote for Hillary, her position as one of those career politicians notwithstanding.

I mentioned the issue with the e-mails in a previous blog, and that extends to the fact that she still thinks she did nothing wrong despite being goaded into admitting it was a “mistake.” It’s quite clear that she still things there was no wrongdoing in putting an entire government network at risk of security breaches. Beyond that was the hypocrisy she showed between her campaign message and the political ads released by her campaign. First was her infamous “deplorables” comment. I don’t care how fast she backtracked on that, it appeared to me at least, to be one of the first times where she looked genuine when speaking instead of putting on the typical false face of a politician. Despite that fact that she was toting a message of being “Stronger Together,” she had just insulted what turns out to be about 25% of the country. That comment told me that we are all stronger together – just as long as you think and believe the same way she and the rest of the Democratic Party does. If you don’t then there is no place for you. The other instance was the constant harping upon Trump’s past comments and attitude regarding women. Make no mistake, he’s an misogynistic moron for what he said and may (or may not) have done, but quite frankly, the acts of former President Bill Clinton were certainly not much better, and quite frankly worse, since at least one we know of occurred while he was in the Oval Office. That is more disgraceful to me than anything Trump has said. Personally speaking, I don’t know one woman who would have tolerated Bill’s “indiscretions” throughout the years, nor one man who would have not gotten kicked to the curb for the same. To me, that bespeaks a lot of her desire to maintain some form of political power than of setting an example of how a woman should be treated in a relationship.

Of course there’s that whole incident that came out during the DNC about some shady business of ensuring that Hillary would be the nominee instead of Bernie Sanders. That didn’t necessarily influence my support (or lack thereof) of Hillary, but most certainly reinforced my disdain for the system of political parties in this country. Ironically, had Bernie Sanders been the nominee I fully expect that the results of the election would have been much different. In fact, I think had either one of the candidates been someone else, we would have seen the election decided much earlier, and it is only because the choices we had could only have been worse had Sarah Palin been the Republican nominee, we saw what ultimately transpired this past Tuesday. I look forward to the time when I can cast my vote for a female candidate who is imminently qualified for the position of President, and that woman will be one where we don’t have to hear about asinine glass ceiling because that time is long past – this country has been ready for more than a decade for a woman president. We just need one that will actually do the job of servant of the people rather than servant of a political party and special interests.

But here we are. We’ll have a new President come the new year. Let’s hope that Mr. Trump can assuage whatever fears people may have of him and lead this country into the greatness that he claimed for the last year and half that he would do. I, for one, am interested to see how things play out. It could be that the campaigning was simply a shrewd political act to ensure he got the support he needed at the time he needed it. Only time will tell. Life goes on and nothing changes the fact that tomorrow I will have to wake up and go to work to try to earn enough of living to support my family and try to pay the myriad of bills that will arrive in the mail regardless of who is running this country.

In the meantime, I guess Canada better get to work building a wall. After all, I am sure they have no desire to be overrun by our slew of celebrities fleeing the country.
Posted by BJWyler at 7:46 PM No comments: