The Price of Freedom

At what point does a “civilized” society actually become civilized? Because the United States most certainly doesn’t seem to be able to earn that qualification at this point in time. I don’t know what shocked me more – that we had yet another mass murder at the hands of a gunman or that at this point in time we have had 18 incidents of school shootings just six weeks into this year. Now, truth be told out of those 18 incidents, only 7 occurred during school hours, and only about half of the 18 involved students being in harm’s way. Regardless, the amount of gun violence prevalent in American society has become beyond ridiculous and anyone who does not see that this is as serious an issue that there ever has been is a bona fide moron. Anyone who thinks that we don’t need to politicize this issue and finally get down to creating and passing stricter common sense laws in regards to firearms is a bona fide moron with blood on their hands.

We are the only “civilized” society on this entire planet in which mass shootings are as common place and part of “normal” day to day living. We do not have a monopoly on mental disease; we do not have a monopoly on unscrupulous people; we do not have a monopoly on evil. Yet, a backwater aboriginal tribe in the middle of the Amazon gives every indication of being more civilized than 21st Century American Society. The difference between the US and every other country in the world are our obsession with guns and the lack of any real legislation to regulate guns. Hell, you can’t even get a driver’s license until at least age 16-18 in the United States, yet Federal Law allows the sale of long guns to anyone, regardless of age by unlicensed sellers.

The NRA and other morons love to tout statistics like how many people are killed in automobile accidents, or by other items like knifes and baseball bats. But they leave out one very important point in all the bullshit they spout:

What is the primary purpose, no, what is the ONLY purpose of a gun?
It is to murder; it is to take the life of a living being; it is to kill.

Anyone who uses any of the above mentioned items to kill someone else are using those items inappropriately and not for the purpose for which they are designed. When someone snuffs out a life with a gun they are using the gun for the very purpose for which it was made and using it in the appropriate manner for that purpose. The fact that a thing of this nature is not the most restricted and heavily regulated by laws is absolutely unreal. The 1st Amendment gives us the freedom of speech, yet I can’t stand up and yell “Fire!” in a crowded theater without getting into serious trouble. There are limits – necessary limits – on the freedoms that form the core of our society, yet don’t anyone dare speak of limits to the 2nd Amendment. 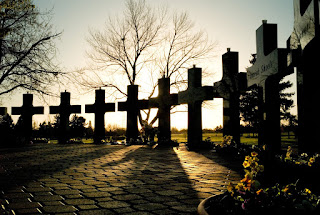 So fine. The NRA wants unlimited guns for every man, woman, and child in the United States? Go for it. But let’s make sure we have some token protections for those who don’t have the ability to use guns.

First and foremost, let’s put TRAINED armed guards in every school in America. The number of guards in each school would be dependent on the size of the school. Small schools would need only one or two. Larger schools like Stoneman Douglas High School may require a dozen or so. Similar protection should be considered for other areas where people may be vulnerable as well – such as Day Care Centers, Amusement Parks, and the like.

Of course the question arises on how to pay for this security force across America. Well, that’s an easy one – the NRA and gun owners. We need to have an additional gun sale tax for every sale of guns in the country – public or private. We also need a tax on the annual membership dues for the NRA. We also need to institute an annual registration fee for gun licenses and ownership – just like we have a registration fee to pay on our motor vehicles every year. Anyone who owns, or wishes to own a gun must complete a safety training course, which is also to be paid for from these additional fees and taxes. Additionally, the funeral for every single person killed by a gun should be paid for by the NRA as well. If the NRA has all these millions of dollars to throw around Washington D.C., paying for the funerals for the 17 people killed earlier this week should be a drop in the bucket for the organization.

Freedom may be a nice thing, but the cost of freedom has never been cheap or easy. If the NRA and gun owners want to keep guns easily and readily available, then it’s time for the cost of that freedom to finally match up with the freedom itself.

Posted by BJWyler at 9:25 PM No comments: