A Divided Nation Under God


Here we go. Tonight was the night the most interesting, and potentially frightening, political race gets underway to decide the future of America. There’s hope, at least, of some good coming out of all the nonsense and shenanigans of the political arena, and that’s we have had the beginnings of a political revolution and of a rebellion in the system. Bernie Sanders the Revolutionary and Donald Trump the Rebel, for better or worse have made a significant impact in the minds of Americans, and I hope that impact carries forth to herald changes to our political system in the United States. To be certain, what we have now, and what we will continue to have should Hillary Clinton be elected has not been good for the health or reputation of the American people.

However as much as I would like, I cannot lay the blame solely on those whose career is to be a “representative of the people” regardless of whether it be a local councilman (or woman) or one of the men who have become President of the United States. Much of the blame lies with the American people themselves for allowing our system of Democracy to devolve into the mess we have now. It’s kind of like those who adamantly support the 2nd Amendment, regardless of the actual safety and security of people it may harm. Gun ownership is not a God given right – it never has been and it never will be. It is nothing more than a privilege provided by the government of this country in its infancy, just like the right to vote is a privilege, and one that I wish many Americans viewed with as much veracity as the NRA does “their” Amendment.

It is an absolute abomination the lack of effort Americans put forth into exercising one of the basic tenants of Democracy by going out to vote every time Election Day rolls around. I seem to recall it being said that a Democracy gets the government it deserves, and this apathy of the American people have certainly given us a government that shows every bit of disdain we have shown towards this basic freedom we have in this country. Certainly, the process can be made easier in some respects, but again, we need to make sure the right people are put in the right place so that those changes can be put into motion. I have always held the belief that if you can’t take the time to get out to vote, then you have absolutely no right to complain about your lot in life or the kind of representation that the government provides. I hope this year we can see a bit of that revolution and rebellion take hold of the American people and everyone decides to go out and make their voice heard on Election Day. Even if neither of the primary candidates appeals to you, now is the time to ensure we can begin to support the changes that are so needed in our system and exercise that great freedom we have of being able to literally vote for anyone we want, despite who is listed on the ballot. 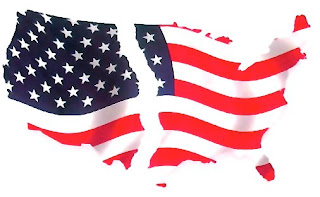 I am sick and tired of seeing Presidential races treated like some kind of wet t-shirt contest, where the main goal of the party conventions is simply to elect someone who has the best chance to win the popularity contest instead of supporting someone who can do the best job as our leader. It is disheartening for me to hear people talking about not voting at all this year because of the choices we are left with. The write-in vote can be a powerful tool for sending a message to those whose primary goal is to further their political careers and agendas rather than being a true representative of the common American Citizen. If enough people finally got up the gumption and actually voted for the person who could do the best job of running this country and being a true representative of the people, then the write-in vote can elect a President.

I am neither a Democrat nor Republican. I don’t believe in a party system that lives to divide a country whose name begins with “United.” I don’t believe in a system that continues to stoke the fires of division and makes it nigh on impossible for anyone other than a member of either of those parties to have a true chance of being a representative of the American people. I have already stated one of my reasons for not supporting Hillary Clinton in my last entry in this blog. The reasons for not supporting Donald Trump are a bit more obvious. While I can respect him for his business acumen and the good things he has done for a great many people, and while some of his rhetoric may have the right intentions, there certainly are better ways to get your message across and better methods of making “America Great Again.”

At the end of the day, while I may not agree with all his ideas or policies, Bernie Sanders has stood out to me as a person who can get the job done as President of the United States. In a couple of interviews he has given, he has genuinely impressed me with his attitude and answers towards some of the things that have gone on during the electoral process and beyond. Certainly, tonight, on the second day of the DNC he has done what he believes he needed to do for the party, but that does not mean we still cannot begin that wave of change that this year has brought.