Here it is ... the first day of September. Vacation seems but a distant memory and school is less than a week from starting, for us at least. I’m not sure how I feel about schools that get started during the month of August. To me summer is kind of sacrosanct. I don’t think it’s much to ask to have a full three months off for kids just to be kids, but I do think that some reinforcement of the knowledge learned during the school year is important. I remember the days at the campground doing fun activities that our mom gave us with nary a thought that we were actually still learning something from doing them.

During our vacation last month, I decided to do a little web surfing during some down time. I don’t know why, but I ended up checking the web site of a tech company I was provisionally hired for when I was in the process of completing the computer training course I had enrolled in back in late 2008. I eventually was hired and started working for another company, but a couple of guys I went to the course with had gone on to take positions with that first company. I guess I just wanted to see if they were still there, and if the tech company was still in operation. One was, and it still is. As I roamed about the website, I came across a section dedicated to the owner’s blog postings. Long story short, he was encouraged to do so share his adventures as CEO and entrepreneur. It turned out to be an interesting read in life lessons and trying to do the right thing in personal as well as professional life.

One of the themes that came up in a few of the posts was sticking by a poor decision for too long, or being indecisive about something altogether. That’s something that seems to be a theme in my own life. The owner hoped that some people may find some guidance through reading the lessons he learned in his blog, and I kinda thought that would be a good idea to do here since there is a crossroads approaching my family in the near future as well.

We often wonder if the choices we make are the right choices. Sometimes they seem so certain at the time, but in retrospect, we end up wishing we had made a different choice. Sometimes we wonder if what we are doing is really the right thing to do. One of the things I learned to help me in some of this decision making has been what I call the “Sneaky Test.” This came about many years ago; about the the time I was creating my website and getting involved with the “Millennium Controversy.” At the time I had an old Windows 98 desktop computer. It did it did its job, but I felt like I needed something a little more modern and portable in order to do more with the website … and play games, of course. It’s not that I couldn’t afford a new laptop computer, but money was kind of tight and it really was a frivolous purchase. But I threw common sense to the wind, and went ahead and got an Acer laptop running the then novel Windows Millennium Edition (we can talk about that mistake another time).

Now normally when you buy something, there’s an inclination to want to show it off, depending on what it is of course.  The “hey, look at my new toy!” type of thing. Not so here. I wouldn’t say it was buyer’s remorse, because I really wasn’t sorry I bought the laptop, and it did help with both the reasons I wanted the thing, but I felt like it was something that I had to hide from everyone else, especially my fiancé at the time. I always kept it hidden and never used it when she was around, often getting up in the middle of the night to use it when she was asleep. Of course, I wasn’t as sneaky or clever as I thought I was, and she eventually told me she knew I had it. Of course I felt instantly guilty about the whole situation. Really, from that point onwards, I used the Sneaky Test as the litmus for whether I really needed something or not. If I felt I needed to hide something I wanted to buy and not show off to friends and family, then it was something I most likely really shouldn’t be buying. More often than not, it turned out to be the right choice as the money was better spent (or saved) elsewhere. 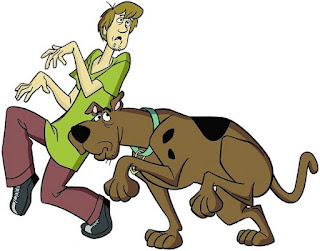 Somewhat related, but different as well came much later, during that time a few years ago I was in the midst of a career change and wondering if it would be the right decision to make. Leaving the known, comfortable world I was in for something I had never done as a proper job before. It was during that time that a potential opening was made available to me through one of my co-workers at the time, whose husband worked in a tech position with the state of New Jersey. It would be a pretty good job to have as a start, with the perks of being a state employee, and not having to work a typical help desk position that is the usual bottom rung a fresh tech support person would normally start out in. The only catch would be that I would have to be a resident of the state in order to be hired.

Considering we had just gotten out of New Jersey only a few years beforehand, I wasn’t too keen on moving back, especially considering some of the reasons we left in the first place. However, there could have been a potential way around that little issue in the fact that my parents were still residents. I could possibly finagle the system a bit to use their address as my new permanent address and the problem would be solved. Of course there were some risks inherent in that, but I don’t think it would ever have been too much of an issue, and I could have had myself a pretty good place to jump off into that new career path. After all, it was why we spent those thousands of dollars to attend the course and become certified in Windows OS Support. It was certainly better than my current position in the retail industry. It would seem like a pretty easy decision to make. And it was in a way.

Ultimately, of course, I chose a different path and went to work for a tech company in Pennsylvania. It really came down to just doing the right thing. As beneficial as it would have been to take that state job, and as good it might have been for me, it wouldn’t have been the right thing unless I did move back to New Jersey. It just would have been a cloud hanging over me the whole time, and really, if it was truly the right choice and the best choice, then I wouldn’t have had to consider resorting to the deception in order to make it happen. If I was going to do it, then I wasn’t going to be sneaky about it and I was going to do it the right way and prove beyond a shadow of a doubt that it was the right choice to make. Had I taken the other path, then it simply would have proven that it really wasn’t the right choice, and I had made the wrong decision.

Despite what transpired afterwards in the job I did take, it really did turn out to be a good choice, and the right choice. I wouldn’t be where I am now, and our family certainly wouldn’t be in the position now to make additional choices about our future that we can really look forward to making. In the end, it was an expensive lesson, but one that I am glad I was able to make and take some good things from, not the least of which was the curiosity that brought me to that blog that night during vacation and being able to take away some good life lessons from it.